The FWAF as a grassroots farmworker organization has been involved in the fight for immigration policies that treat farmworkers and their families with dignity and respect recognizing their contribution to US economy and society. The issue of immigration, however, affects more than just farmworkers and extends across all industries and across all demographic sectors with immigrants coming from all over the world, not just Latin America. 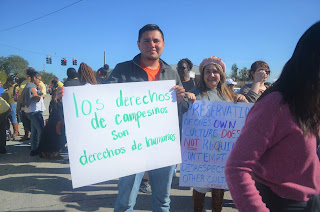 Mired in this struggle is a member of the FWAF team, Iván Vázquez. Although he has been with the Farmworker Association for almost two years, he fight for immigrants' rights spans to the beginning of the decade around 2010. Back then there was not even DACA, the Deferred Action for Childhood Arrival policy created by then-President Barack Obama as a way to address the issue of the children of immigrants who had been brought into the country when they were still too young to make those sort of decisions for themselves. That program only came into being in 2014 when President Obama became frustrated with Congress's inaction on the issue of immigration. "There was no option, no legislation. Lawmakers don't give the fight for immigration reform the credit that it deserves, and it pushed me to get involved," says Vazquez with his characteristic candor. "The country has always isolated and discriminated against immigrants," he continues. "I realized that we had to have that fight and that I had to follow." 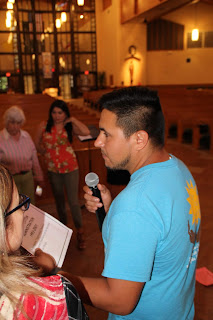 In the last several months immigration has received a lot of attention for a variety of issues ranging from DACA, family separation at the border, and building a wall. When Ivan first became involved, the only issue making headlines, and only tangentially, was DACA. As Ivan sees it, "DACA was the best decision Obama could take regarding immigration. He had tried to pass immigration reform but had to resort to DACA. He realized that undocumented youth had a lot of potential and that when given a hand up would be able to help their communities." In an effort to build momentum towards legislation that helps immigrants, Ivan has been rallying community support and meeting with representatives sympathetic to this cause.

The self-created crisis at the border has galvanized US opinion on the immigration issue, and strung parents' hearts with images, sounds, and reports of children being traumatized by their separation from their parents. These recent events have brought many immigration and civil liberties activists to the forefront of this public fight, but it has also brought the support of others who until recently felt indifferently about this issue, giving a new impetus to the fight for immigration reform. 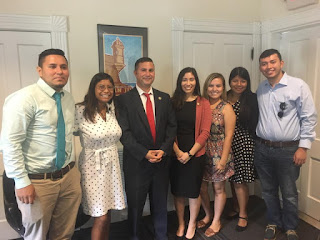 This conversation with Iván took place several months ago. At that time the separation of families by the US Border Patrol and ICE had not reached the scale and policy level that we have seen in recent weeks. Therefore they were not in most of our daily news consumption. Iván's words at that time bring a prophetic chill that we should have seen coming miles away. "To the Republicans who are holding us hostage I would say, 'How can they live with themselves, using us as a bargaining chip? Dehumanizing us is sickening and cowardly. How can they look at us and not see us as other children?," he said in March. His words for Democrats were not any more conciliatory either. "Why are you willing to compromise?," he said. "To me that shows lack of leadership. Just because it has proven to be a difficult fight, it doesn't mean you have to surrender."

As it happened, ICE had sent some of the children separated from their families to their detaining facilities in Homestead, where the FWAF has an office. Last June 23 immigration activists organized a march and rally calling for the reunification of immigrant children with their families. The South Florida Sun-Sentinel reported the rally was attended by thousands that included Florida Congresswoman Debbie Wasserman-Schultz and Sen. Ben Nelson. The FWAF was able to be part of this rally and march, but it is not an issue that affects only farmworkers and immigrants from Central America. This issue for many resonates on the question on whether the US can call itself the beacon of the world who opened its arms to the "tired, poor, huddled masses yearning to breathe free." 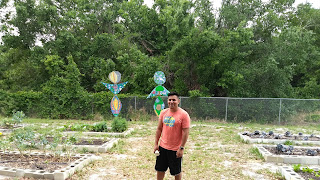 While immigration is an issue that is close to his heart, it is not the only one that Iván actively supports. As part of FWAF's team, Iván is also engaged in various campaigns that include farmworkers' rights, agroecology, and social environmental, and economic rights., while pursuing his education in nutrition. and dietetics. Young immigrants like Iván are more engaged into the democratic process than many native-born citizens are. While in many ways the US is turning its back to immigrants both authorized and unauthorized, let's not pretend that the rhetoric is not aimed at authorized immigrants, as well. We are the losers for it. We need their enthusiasm, their willingness to work and their civic engagement as a nation.

To see a video of Ivan advocating for DACA, civic engagement, and giving these young people a fighting chance, follow the link to The Love Vote and promise him you will vote. 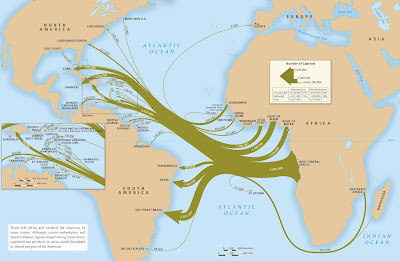